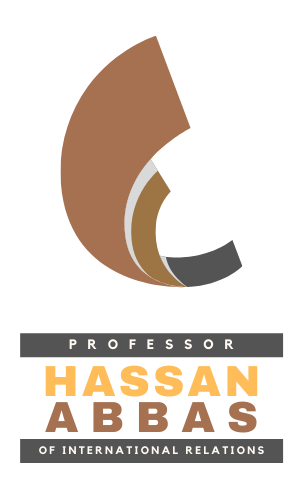 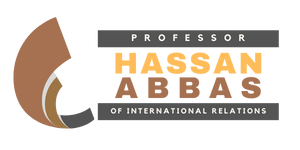 Pakistan’s Nuclear Bomb: A Story of Defiance, Deterrence and Deviance 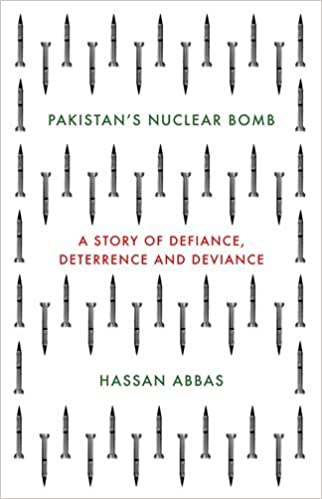 This book provides a comprehensive account of the mysterious story of Pakistan's attempt to develop nuclear weapons in the face of severe odds. Hassan Abbas profiles the politicians and scientists involved, and the role of China and Saudi Arabia in supporting Pakistan's nuclear infrastructure.

Abbas also unravels the motivations behind the Pakistani nuclear physicist Dr A.Q. Khan's involvement in nuclear proliferation in Iran, Libya and North Korea, drawing on extensive interviews. He argues that the origins and evolution of the Khan network were tied to the domestic and international
political motivations underlying Pakistan's nuclear weapons project, and that project's organization, oversight and management. The ties between the making of the Pakistani bomb and the proliferation that then ensued have not yet been fully illuminated or understood, and this book's disclosures have
important lessons. The Khan proliferation breach remains of vital importance for understanding how to stop such transfers of sensitive technology in future.

Finally, the book examines the prospects for nuclear safety in Pakistan, considering both Pakistan's nuclear control infrastructure and the threat posed by the Taliban and other extremist groups to the country's nuclear assets.

“Drawing on the recollections of former decision-makers, Hassan Abbas offers the most complete account yet of how [Pakistan’s nuclear weapons programme] worked, and what it meant: a source of national pride, and a source of cash.”– London Review of Books

“This is the most comprehensive study to date of why and how Pakistan got the bomb and proliferated. Beyond state actors–including China, Iran, North Korea and Libya–Abbas scrutinizes the role of individuals, including A. Q. Khan, in the making of Pakistan’s nuclear program and its
‘dissemination’.”– Christophe Jaffrelot, Visiting Professor of Indian Politics and Sociology at the King’s India Institute and author of The Pakistan Paradox

“An important, realistic book that addresses many issues, and one major international problem in particular: Pakistan’s proliferation of nuclear technology. Focusing on both the activities of the state as well as A. Q. Khan, this research deserves wide scholarly and policy attention.”–Thomas H.
Johnson, Professor and Director of the Naval Postgraduate School’s Program for Culture and Conflict Studies, and author of Taliban Narratives

“Hassan Abbas presents one of the best defenses of Pakistan’s military as he lays out details of Dr A. Q. Khan’s personal network, selling nuclear knowledge and technology to Iran and North Korea. Whets the reader’s appetite for more investigation into nuclear proliferation by Pakistan.” -Ayesha
Siddiqa, Research Associate, SOAS South Asia Institute

“Abbas’ diligent scrutiny of public sources and his intimate knowledge of Pakistani politics make this the most authoritative study yet written of Khan’s complicated story.”–Foreign Affairs

“This judicious study of Pakistan’s acquisition of nuclear weapons, and their proliferation to Iran and North Korea . . . rigorously assesses the motives and actions of the relevant state actors as well as Khan and his largely European network of proliferators.”–Choice

“As good a general analysis as you can get of Pakistan’s nuclear ambitions, its nuclear weapons programme and the prevailing security mindsets and world view of its military, bureaucratic, scientific and political elites.”– Open Magazine

“An important contribution to history . . . measured and objective.” Asian Affairs

“A masterly history of Pakistan’s nuclear weapons program. Abundant with new historical evidence and theoretically nuanced (challenging traditional dogmas), Abbas has produced what may well be a definitive account of Islamabad and the bomb.”– Amitabh Mattoo, Professor in Disarmament Studies,
Jawaharlal Nehru University

“Abbas pulls back the veil on a largely un-known, illicit trade … [his] intense historical analysis … offers much needed clarity to a frightening and convoluted situation.” — NYU’s Journal of International Law and Politics

Endorsements
This is simply the best work on Pakistan's nuclear program and it offers intricate details of the country's nuclear entanglements with Iran, Libya and North Korea. It is nuanced, very well researched and resourced and provides a balanced and fair assessment on the subject. The author's credentials are also very strong and well established greatly adding to the value of this work. Highly recommended for students of South Asian history as well as those interested in issues related to nuclear proliferation.
– Emily Cohen
Brilliant. This book brings all the factors since 1947 which leads to the nuclear program of Pakistani. This book runs as a thriller how scientists, civil servants, politicians played crucial role both in Pakistan and other in countries. Scientists works as spies to keep the program secret.
– Kashif Umair
Order Now 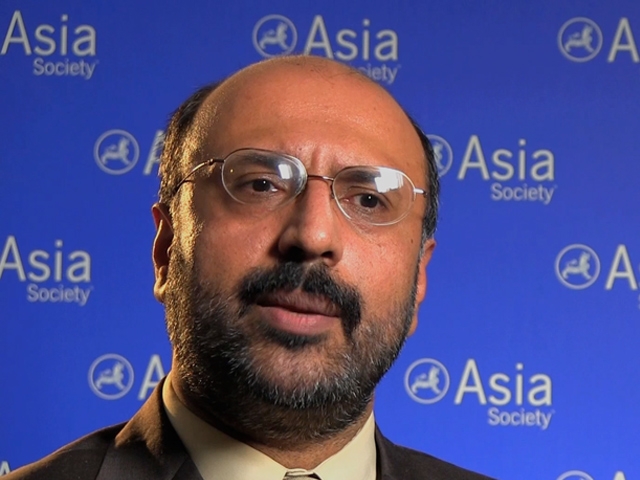